A single nucleotide determines high versus low expression of NspA in ST41/44 meningococci, impacting on their serum resistance. 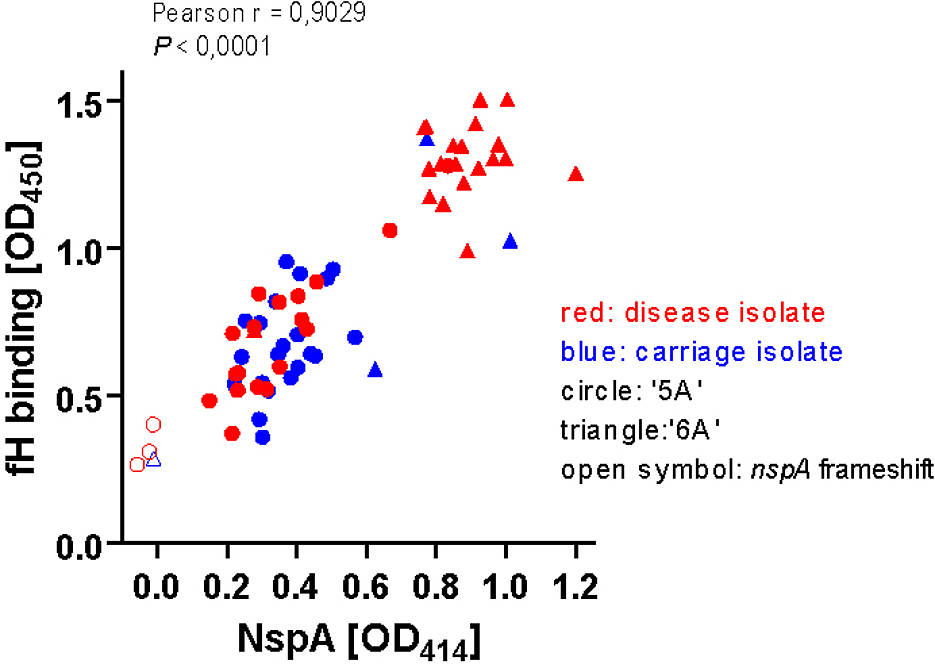 Joint efforts of the Vogel lab and the Johswich lab at the IHM have identified the effect of a homopolymeric tract in the pomoter of the nspA gene in meningococci of the ST41/44 lineage which guides expression strength of this factor H binding moiety and its impact on serum resistance. In searching for a difference between carrier isolates and disease isolates from ST41/44 as a ‘hypervirulent’ clonal complex, proteomic analysis revealed NspA being more abundantly expressed in the disease isolate versus two different carriage isolates. Promotor analyses of the nspA gene revealed that the disease isolate featured a motif containing 6 consecutive adenines upstream of the -10 box, whereas 5 adenosine represents the standard amongst the majority of all sequenced N. meningitidis strains according to the PUBMLST database (https://pubmlst.org/neisseria/). In fact, 39% of ST41/44 strains isolated from German invasive cases contained this ‘6A’ promoter, whereas it was only 3% in German carriage isolates. Virtually all strains with the ‘6A’ promoter showed high expression of NspA, which was highly correlated with higher fH recruitment, reduced levels of C5b9 deposition and enhanced serum survival. Notably, no evidence for phase variation between the ‘5A’ and the ‘6A’ promotor was found. In addition, the ‘6A’ nspA promoter was most common among ST41/44 strains and some other hypervirulent lineages (cc8, cc11, cc1 etc.). However, not a single cc32 isolate (which is the major contributor to serogroup B disease in Europe together with ST-41/44) with a ‘6A’ promotor was found in the PUBMLST database.

The presented data highlight the importance of NspA as a virulence factor in meningococcal disease and show the complex patterns of serum resistance factors in the functional contribution to invasive disease.